September 29, 2017
I got my hands on the Doogee S60 a few days ago and i have got say that the S60 is a device UNLIKE ANY OTHER. It is a flagship rugged in a class of its own amongst rugged phones. When we think of a rugged device made for the outdoors what comes to mind? Big, fat and ugly right? Well the S60 is anything but these, some might even say it looks too good to be a flagship a rugged device. 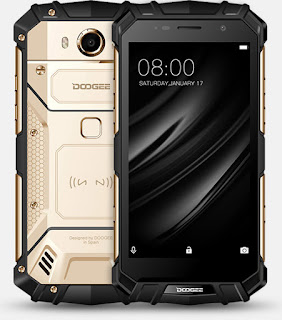 Moving on from aesthetics and beauty in general and having a look at what's under the hood inspires even greater awe. It comes with 6gigabytes of RAM, 64gigabytes of ROM, runs on MediaTek's Helio P25 (Octa core) with clocking of up to 2.5GHz built on a 16nm processor all running on Google's android 7.0 (Nougat) OS. Now guys these are some serious specs (take note here) for a rugged device. The Doogee S60 combines power, ruggedness and efficiency all in one sleek package that makes you wonder if the words "rugged device"have a new meaning. Not forgetting its 21 Megapixels back camera and 8 Megapixels (Sony IMX 230) with underwater picture taking ability all thanks to its IP68 certification. I could go on and on guys but i would let my video coming up do the rest for me. The Doogee S60 really redefines the world of rugged smartphones.

Popular posts from this blog 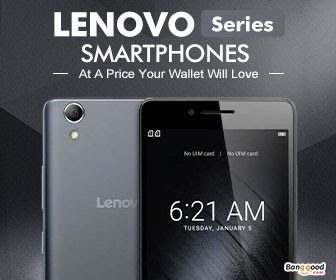 THE NEXT BIG THINGChinese smartphone maker Doogee put it's latest device on the market yesterday. Every geek and true phonefreak out there like myself have rubbed their knuckles to soreness in anticipation for the release of this device and i promise by the end of this post, you'll see why.

8 CURVES DESIGN: We all know a phone has 8 sides right (front and back), now the BL5000 has all 8 sides curved to perfection. Applying 3-dimensional design this phone now possesses exquisite curved sides on all 8 ends. The curved front and back is seamlessly connected with a matte middle frame giving it a great grip that completely fits your palm. It really is a "sleek gem in whole".


SHINE: The Doogee BL5000 also has 3-D polishing technology that gives it a shine unlike any other. All you see when you look at it is purity. It shines amazingly from every angle.
BATTERY Big 5050mAh battery but still sleek. Slim but packs a punch.10 Hours of gaming, 28 Hours of Navigation and 15 Ho…
Read more

THE OUKITEL K6000PLUSThe Oukitel K6000Plus is the latest flagship device from chinese smartphone producer Shenzhen Yunji Intelligent Technology co. Ltd . It is the smartphone maker's latest addition to its k6000 series. A LITTLE ABOUT THE SMARTPHONE MAKER
The company of Oukitel, Shenzhen Yunji intelligent Technology Co. Ltd, was founded in Shenzhen China at the starting era of smartphone in 2007, which is a high tech company focusing on mobile devices design, R&D, production, sales and customer care service both in China mainland and overseas. With National GSM/CDMA mobile phone license in 2008, the company built R&D centers in Shanghai and Shenzhen. Soon after in 2009 the factory unit which is based in Guan Lan Silicon valley passed ISO9001 system certification. With more than 1000 experienced employees, the factory is capable of delivering up to 20KK units of handset per year.For any more of the boring stuff you just read you can gohere.
NOW TO THE COOL AND JUICY STUFF

Mtkgeek
An Android geek and budding techpreneur that wants phone users to make informed choices when picking that next MediaTek device.